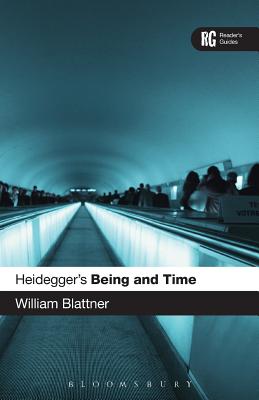 Heidegger's 'Being and Time'

Continuum's Reader's Guides are clear, concise and accessible introductions to classic works of philosophy. Each book explores the major themes, historical and philosophical context and key passages of a major philosophical text, guiding the reader toward a thorough understanding of often demanding material. Ideal for undergraduate students, the guides provide an essential resource for anyone who needs to get to grips with a philosophical text.
Heidegger's Being and Time is one of the most influential and controversial philosophical treatises of the 20th century. It had a profound impact on Sartre and Merleau-Ponty in their further development of phenomenology and existentialism, hugely influenced Gadamer's hermeneutics, and paved the way, partly directly and partly indirectly through Heidegger's later thought, for the emergence of deconstructionism. In addition to being a very important text, it is also a very difficult one. Heidegger presents a number of challenges to the the reader, asking them to abandon many assumptions fundamental to traditional philosophy, such as the mind/body distinction and the concept of substance. The text also introduces a whole host of new concepts and terms and as such is a hugely challenging, yet fascinating, piece of philosophical writing.
In Heidegger's 'Being and Time': A Reader's Guide William Blattner explains the philosophical background against which the book was written and provides a clear and concise overview of the key themes and motifs. The book then examines this challenging text in details, guiding the reader to a clear understanding of Heidegger's work as a whole. Finally Blattner explores the reception and influence of the work and offers the student guidance on further reading. This is the ideal companion to study of this most influential and challenging of texts.

William Blattner is Associate Professor in the Philosophy Department at Georgetown University, Washington DC, USA, where he has been teaching Being &Time for 15 years. He is the author of Heidegger's Temporal Idealism (CUP 1999) and numerous articles and chapters on Heidegger.
Loading...
or support indie stores by buying on