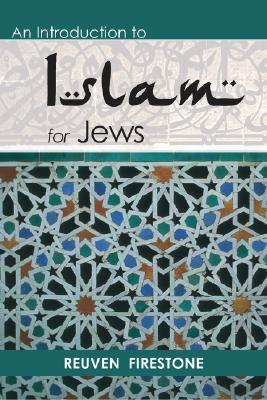 An Introduction to Islam for Jews

Muslim-Jewish relations in the United States, Israel, and Europe are tenuous. Jews and Muslims struggle to understand one another and know little about each other’s traditions and beliefs. Firestone explains the remarkable similarities and profound differences between Judaism and Islam, the complex history of Jihad, the legal and religious positions of Jews in the world of Islam, how various expressions of Islam (Sunni, Shi`a, Sufi, Salafi, etc.) regard Jews, the range of Muslim views about Israel, and much more. He addresses these issues and others with candor and integrity, and he writes with language, symbols, and ideas that make sense to Jews. Exploring these subjects in today’s vexed political climate is a delicate undertaking. Firestone draws on the research and writings of generations of Muslim, Jewish, and other scholars, as well as his own considerable expertise in this field. The book’s tone is neither disparaging, apologetic, nor triumphal. Firestone provides many original sources in translation, as well as an appendix of additional key sources in context. Most importantly, this book is readable and reasoned, presenting to readers for the first time the complexity of Islam and its relationship toward Jews and Judaism.

Praise For An Introduction to Islam for Jews…

"Reuven Firestone's eminently readable book contains a comprehensive, authoritative, and sympathetic introduction to Islam, written for Jews, but speaking to all men and women of good will. Throughout, the author offers a sober and nuanced analysis of relations between Islam and other religions, particularly Judaism, without succumbing to the temptation to say who took what from whom. The book represents a major contribution to better understanding of the "real" Islam, which differs from the extremist and militant variety that dominates the news."—Marc Cohen, professor of Near Eastern Studies, Princeton University

"Firestone's book shines as a beacon of scholarship and humanity. While Muslims might challenge some of Firestone's interpretations of Islam, they will never find him mean-spirited or ill-informed . . . Firestone has demonstrated that it is possible for Jews and Muslims to engage in an honest evaluation of their shared history and still find enough common ground to work for a better shared future."—Ingrid Mattson, President, Islamic Society of North America

"Reuven Firestone has made a valuable contribution toward making Islam understood and appreciated by the Jewish people . . . . The work is balanced and careful. It will help dispel many misconceptions about Islam and hopefully promote more dialogue and better relations between our two communities of faith."—Muzammil H. Siddiqi, Chairman, Fiqh Council of North America

"This book provides the Jewish reader with a valuable tool: a readable, comprehensive, and reliable introduction to Islam with special attention to issues relevant to Jews regarding past and present events and attitudes . . . This authoritative and readable book is of value for students and general readers alike."—AJL Newsletter

"An Introduction to Islam for Jews is perfect for any Jewish reader seeking an understanding of Islam . . . a scholarly yet accessible title."— Midwest Book Review

"Firestone provides a balanced introduction to Islam that will be helpful for all beginners, but particularly for the Jewish readers for whom it is intended."—Publisher's Weekly

Reuven Firestone is a professor of medieval Jewish and Islamic studies at Hebrew Union College-Jewish Institute of Religion, Los Angeles. Many of Rabbi Firestone’s publications, including An Introduction to Islam for Jews; Jews, Christians, Muslims in Dialogue; Children of Abraham: An Introduction to Judaism for Muslims, and Journeys in Holy Lands focus on interfaith relations, with specific attention given to Islam.
Loading...
or support indie stores by buying on