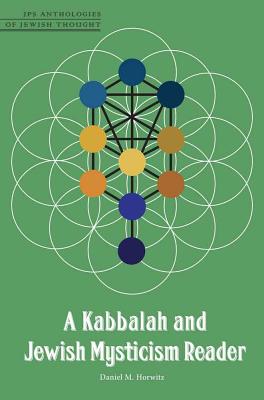 An unprecedented annotated anthology of the most important Jewish mystical works, A Kabbalah and Jewish Mysticism Reader is designed to facilitate teaching these works to all levels of learners in adult education and college classroom settings. Daniel M. Horwitz’s insightful introductions and commentary accompany readings in the Talmud and Zohar and writings by Ba'al Shem Tov, Rav Kook, Abraham Joshua Heschel, and others.

Horwitz’s introduction describes five major types of Jewish mysticism and includes a brief chronology of their development, with a timeline. He begins with biblical prophecy and proceeds through the early mystical movements up through current beliefs. Chapters on key subjects characterize mystical expression through the ages, such as Creation and deveikut (“cleaving to God”); the role of Torah; the erotic; inclinations toward good and evil; magic; prayer and ritual; and more. Later chapters deal with Hasidism, the great mystical revival, and twentieth-century mystics, including Abraham Isaac Kook, Kalonymous Kalman Shapira, and Abraham Joshua Heschel. A final chapter addresses today’s controversies concerning mysticism’s place within Judaism and its potential for enriching the Jewish religion.

Daniel M. Horwitz is chapel rabbi at Congregation Beth Yeshurun in Houston, Texas. He is a teacher at the Akiba Academy of Beth Yeshurun and the Houston Melton Adult Mini-School.

"Rabbi Horwitz has done a masterful job of collecting important excerpts from the vast storehouse of mystical literature, and annotated each selection with a perceptive analysis. This collection will remain the classic book of study on kabbalah and Jewish mysticism for decades to come."—Rabbi Dov Peretz Elkins
— Rabbi Dov Peretz Elkins

“A gateway into the world of Jewish spirituality. . . . An important resource, very well done.”—Rabbi Jack Riemer, editor of The World of the High Holy Days

“Rabbi Horwitz has written a fine book of accessible scholarship, one that will be welcomed by rabbis, educators, and adult education classes. Strongly recommended.”—Rabbi Judith Abrams, the late former head of Maqom, School for Adult Talmud Study, and coauthor of The Messiah and the Jews
— Rabbi Judith Abrams