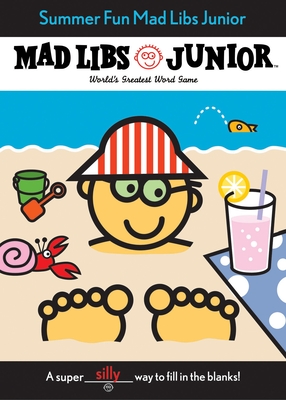 What could be better for kids in the backseat on those long car trips?  Highlighting some of America's most popular travel destinations, Summer Fun Mad Libs Junior is perfect for those long road trips.