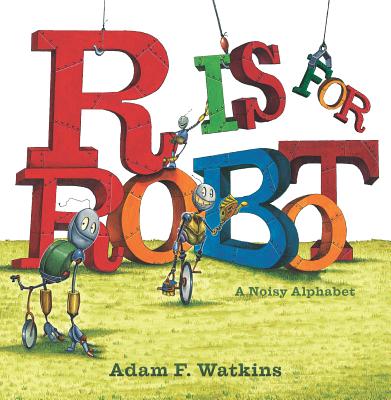 R Is for Robot

These noisy robots make the alphabet a hilarious adventure!

Adam F. Watkins has always had a passion for making pictures, for singing the alphabet song, and for robots. So it was no surprise to his friends and family that the first picture book he wrote and illustrated is about letters and, of course, robots. Adam lives in Southern Ohio with his wife and their two children. Whenever he’s not creating awesome and hilarious books, he’s thinking about new awesome and hilarious books. Although he has never successfully built a working robot (yet), he did master the alphabet at the age of five. www.adamfwatkins.com
Loading...
or support indie stores by buying on
(This book is on backorder)