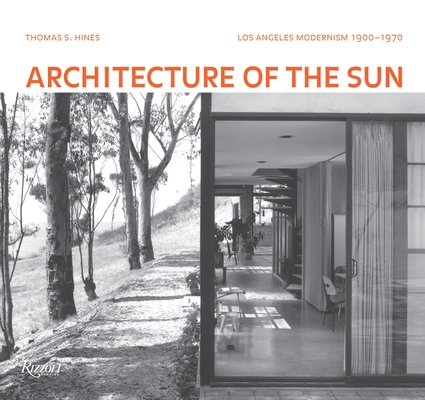 Architecture of the Sun

An authoritative survey of the masters of twentieth-century modernist architecture in Los Angeles. This revisionist study explores the history of modernist architecture in Greater Los Angeles from the early twentieth century to the 1970s, focusing on both its regional and international contexts. Thomas Hines critically analyzes the concepts of modernism and regionalism and begins his exploration by contrasting the turn-of-the-century Craftsman work of Charles and Henry Greene with the rationalist modernism of their contemporary Irving Gill and the expressionist modernism of Frank Lloyd Wright and his son Lloyd Wright. The book re-interprets the modernist variations of Wright’s disciple Rudolph Schindler and the International Style of his contemporary Richard Neutra, as well as of their followers: Gregory Ain, Raphael Soriano, and Harwell Harris. The minimalist Case Study House program is contrasted with the sensuous modernism of John Lautner and with the large-scale modernism of William Pereira and Welton Becket. Hines ends the book in the early 1970s, as modernism began to confront the challenge of the post-modernist critique. A personal epilogue reflects on the author’s exploration of Los Angeles modernism from the late 1960s to 2009.

Praise For Architecture of the Sun: Los Angeles Modernism 1900-1970…

“Los Angeles’s modernist architecture is defined by the city’s climate, opulence and clash of cultures…Thomas Hine’s new Architecture of the Sun: Los Angeles Modernism, 1900-1970 (Rizzoli) is a thorough study of the work of Schindler, Neutra, Wright and the inimitable John Lautner. It is also a study in fine living. Chilled cocktail, anyone?” ~Playboy

"If you coveted the Frank Lloyd Wright-designed Ennis House in Los Angeles we wrote about last year, but didn't quite have the $15 million asking price, you should pick up a copy of Architecture of the Sun. The weighty tome, being published later this month by Rizzoli for $95, focuses on Los Angeles' many fine modernist masterworks built from 1900–1970."  ~Luxist.com

Thomas S. Hines is Professor Emeritus of History and Architecture at UCLA, where he teaches cultural, urban, and architectural history. His books include Irving Gill and the Architecture of Reform and Richard Neutra and the Search for Modern Architecture. Hines has held Guggenheim, Fulbright, NEH, and Getty fellowships. In 1994 he was elected to the American Academy of Arts and Sciences.
Loading...
or
Not Currently Available for Direct Purchase