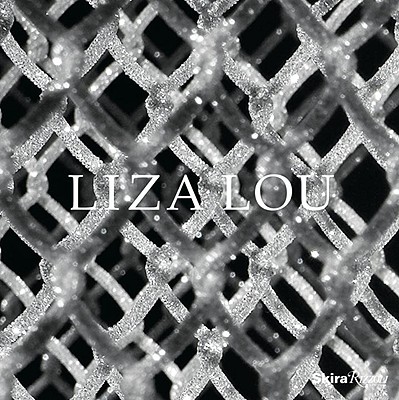 Known for her life-size sculptures made entirely of beads, Liza Lou has had audiences and critics spellbound since her debut exhibition fifteen years ago. Liza Lou’s sculptures, room-size installations, and performances have been at the center of the art world’s bewilderment and awe since the unveiling of her first masterpiece, Kitchen, in 1996. A true-to-size replica of a kitchen in the midst of a museum gallery would hardly cause a stir, were it not for one important fact: the work is made entirely of beads. Eschewing the well-traveled path in art school to embrace the traditional mediums of painting or sculpture, Lou embarked on forging a body of work unlike any that had been seen before in the art world. In the nearly fifteen years since her auspicious debut, Lou’s work has developed from realistic room-size tableaux taken from everyday life—such as Backyard and Trailer, among others—to works no less monumental in construction and more sober in their themes, such as Security Fence and Cell. In this comprehensive volume devoted to her work, illustrated with two hundred photographs, writers, critics, and scholars explore her work in depth.

Liza Lou is based in Los Angeles, and has worked in KwaZulu Natal, South

Africa for the past five years. She has exhibited in numerous solo exhibitions internationally, including the Metropolitan Museum of Art, New York, Museum Kunst Palast, Dusseldorf, the Smithsonian Institution of American Art, Washington, D.C., and Fondacio Joan Miro, Barcelona. Eleanor Heartney is a writer, critic, and editor at large at "Art in America."

Eleanor Heartney is a contributing editor to "Art in America "and "Artpress" and has written extensively on contemporary art issues. Her books include: "Postmodern Heretics: The Catholic Imagination in Contemporary Art" (2004) and "Art and Today" (2008). She is a coauthor of "After the Revolution: Women Who Transformed Contemporary Art "(2007). Lawrence Weschler is a cultural historian who is the director of the Institute of Humanities at New York University.

Arthur Lubow is a cultural writer who writes regularly for the "New York Times."

Peter Schjeldahl is the art critic of" The New Yorker.

”Known for her life-size sculptures made entirely of beads, Lou has had audiences and critics spellbound since her debut exhibit 15 years ago.  Critic Heartney offers a full monograph on the woman and the work.” ~Publishers Weekly