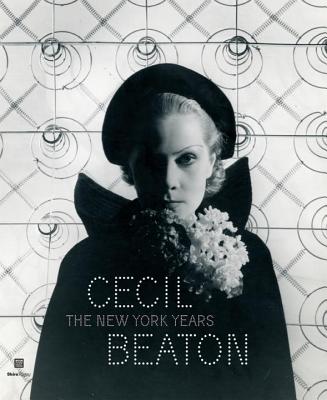 By Donald Albrecht, The Museum Of The City Of NY (Contributions by)

The definitive book on the legendary photographer's life in New York City, with many never-before-seen images and reminiscences by his closest friends and confidants.   From the 1930s, when he helped revolutionize fashion journalism, through the 1960s, when he launched headlong into the Pop art era, London-based photographer Cecil Beaton brought to New York City his own perspective--aristocratic, sexually ambiguous, and theatrical. At the same time, New York offered Beaton innumerable opportunities to reinvent himself and his career.
Cecil Beaton: The New York Years features sketches, costumes, set designs, previously unpublished letters, and over 220 photographs and drawings, many in color and never seen before. This volume documents Beaton's most influential relationships with quintessential figures of the New York art scene, including Greta Garbo, his female confidant and muse, and Andy Warhol. Richly illustrated, Cecil Beaton is the definitive portfolio chronicling Beaton's stunning career in fashion, portraiture, and the performing arts.  The book will be divided into five parts:
Beaton in Vogue: Beaton's photography for Condé Nast's Vogue in the 1930s hastened the decline of fashion illustration in favor of today's emphasis on photography. Beaton himself became a celebrity photographer, as famous as his subjects, in the later mold of Richard Avedon and Annie Leibovitz.
Beaton and the Stage: After World War II, Beaton appeared on the New York stage as an actor, and he also designed sets and costumes for such musicals as My Fair Lady and Coco and operas Vanessa and La Traviata, both at the Metropolitan Opera.
Beaton on New York: Beaton produced many illustrated books on New York City and his tell-all diaries detailed his life among the city's best-known figures. Beaton was also commissioned to produce innumerable photographs of New Yorkers, from Truman Capote to Tom Wolfe.
Beaton on Garbo: Greta Garbo was Beaton's closest female friend  She was also his muse, and his photographs captured her in many different scenarios and moods from the mid-1940s, when she ended her Hollywood career and permanently moved to New York.
Beaton on Warhol: In 1968, Beaton was advised to photograph a group of young New Yorkers, the most famous of which was Andy Warhol and his Factory. In effect, this photo shoot charted the passing of the torch from Beaton to Warhol, two figures who defined their era's concepts of popular culture, celebrity, and sexual mores.

“…featuring the sketches, photographs, and designs Beaton made during his stays in the city—give us a chance to wallow once again in the romantic aura of a man who put his stamp on the worlds of fashion photography, illustration, portraiture, and set and costume design.” ~W Magazine

“It is a pleasure to leaf through the thick pages of Cecil Beaton.” ~ New York Times

“This volume documents Beaton’s most influential relationships with quintessential figures of the New York art scene…Cecil Beaton is the definitive portfolio chronicling Beaton’s stunning career in fashion, portraiture, and the performing arts.” ~ Editor at Large

“Lovers of both New York and the glamour of high society will appreciate The New York Years, an expansive multi-decade review of Cecil Beaton’s photography.” ~Rangefinder

“This tome, as befitting the length and breadth of Beaton’s accomplishments, is divided into 5 parts…Needless to say, it is worthy of its special subject.” ~The Daily Beast