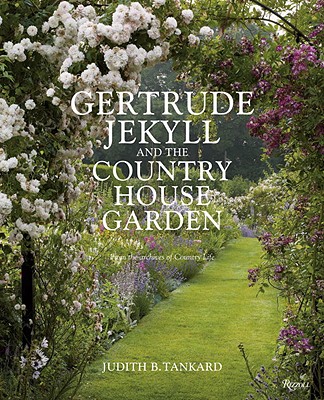 From the Archives of Country Life

By Judith B. Tankard

Judith B. Tankard is a well-known landscape historian, author and preservation consultant. She received an M.A. in art history from the Institute of Fine Arts, New York University and taught at the Landscape Institute, Arnold Arboretum of Harvard University, since 1987. Her articles and book reviews have been published in many magazines, including Hortus, Apollo and Country Life. She lectures regularly both in the United States and Britain. She is the author or co-author of nine illustrated books on landscape history, including most recently Beatrix Farrand: Private Gardens, Public Landscapes and Gardens of the Arts and Crafts Movement.


Praise For Gertrude Jekyll and the Country House Garden: From the Archives of Country Life…

“…a wondrous work paying tribute to the work of the woman who laid the foundation for the modern garden design. The book contains a treasure trove of text and images showcasing and explaining the more than 350 gardens created by Jekyll taken as the title’s sub-text notes: ‘From the Archives of Country Life.’ A Gem.” ~Frommer Luxury Travel

“This is a splendid book…” ~Country Life

“An artist by training, the British garden designer Gertrude Jekyll created painterly compositions she called ‘living pictures with land and tress and flowers.’ Gertrude Jekyll and the Country House Garden (Rizzoli $45) samples her influential writings and projects from the early 20th century, many of which survive only in photos.” ~Elle Décor

“…the first book in two decades devoted to the most important garden designer of the 20th century. Jekyll, who died in 1932, produced in partnership with Edwin Lutyens seminal garden masterpieces of the Arts and Crafts movement, including Hestercombe and Folly Farm.” ~PaperCity
or
Not Currently Available for Direct Purchase
Copyright © 2020 American Booksellers Association