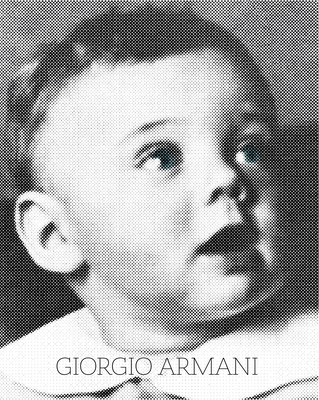 A comprehensive celebration of the fashions of one of the world’s most revered designers. On the eve of the company’s fortieth anniversary, this lavish book focuses upon the key creations and important milestones in the history of the celebrated Italian designer and his eponymous fashion house. With personal texts written by Giorgio Armani, the book contains biographical details interwoven with the story of the company. Giorgio Armani has been universally credited with changing the rules of contemporary fashion and creating a timeless version of modern dress by removing excess ornament and translating traditional sportswear looks into business and evening wear. His impact is felt not only in women’s fashion and red-carpet glamour, but it is also inseparable from the evolution of men’s style in recent decades. More than any other contemporary designer, Armani best represents the global success of Italian style. This gorgeously illustrated volume includes photography by a virtual who’s who of leading international fashion photographers, such as Steven Meisel, David Sims, Craig McDean, Herb Ritts, Mario Testino, Deborah Turbeville, Aldo Fallai, and Annie Leibovitz, and features numerous fashion icons.

"If you can't make it to Milan to visit Armani/Silos, the designer's newly opened museum, this book offers something even better: a VIP tour of his 40 years in fashion, conducted by Mr. Armani himself."
-W MAGAZINE

"Chronicling his life from war-stricken beginnings to the building of his clothing empire that soon became known and revered the world round, you can immerse yourself in Armani’s world. . . Beyond juicy tidbits previously unknown to the public, the book also takes a look at the slow but steady rise of the Armani Empire."
-VISIONAIRE BLOG

"The images speak for themselves, the stylistic arc of a man whose career, which took off in the late 1970s, captured the loyalty of a rising feminist wave of working women and Hollywood stars of both sexes, and eventually came to rule over an Italian empire recognized all over the globe. . . But more than anything, what emerges is the first real insight into the mind of a man, and it is humanizing."
-VOGUE

“Giorgio Armani is a very beautiful and distinctly no-nonsense book, by and about a designer who spent many years at the very top of the fashion tree— simply by ignoring what other designers were doing and following his own aesthetic."
-THE BUSINESS OF FASHION

Award-winning fashion designer Giorgio Armani launched his menswear label in 1975, with his first womenswear collection following a year later. Armani’s popularity grew with his costuming of Richard Gere in American Gigolo in 1980. By 2001 he was acclaimed as the most successful designer to come out of Italy, with a retail network now encompassing 37 countries.
Loading...
or
Not Currently Available for Direct Purchase