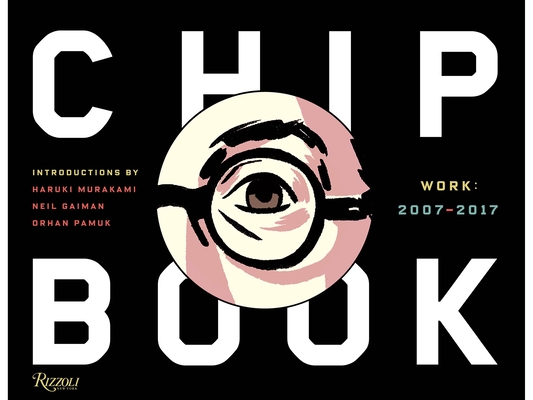 According to the Huffington Post, “Chip Kidd is the Meryl Streep of book design.” At the forefront of a revolution in publishing, Kidd’s iconic covers, in large part inspired by memorabilia and comics, have influenced an entire generation of designers, artists, and the book world.

CHIP KIDD: BOOK TWO: WORK 2007-2017 picks up where Book One left off showcasing his impressive body of work from the past decade as well as new works yet to be seen this year. We see not just hundreds of his recent projects, but the working processes behind them—thoughts, sketches, revisions, scrapped drafts, and triumphant final versions. The bestselling authors he has worked with include the likes of Cormac McCarthy, John Updike, David Sedaris, Augusten Burroughs, Mary Roach, Oliver Sacks, and Elie Wiesel.  He has created movie art for entertainment powerhouses like J.J. Abrams, DC Comics,  Universal Pictures, and Paramount Pictures, and, he is known by geeks worldwide for his comic book and graphic novel work. Alongside striking images of his work are witty essays by Haruki Murakami, Neil Gaiman, and Orhan Pamuk that are sure to delight any bibliophile.

Throughout this ten-year retrospective, Kidd leads readers through each step of his design journey culminating in a section on how to write and art-direct a graphic novel, using as an example his New York Times-bestselling Batman: Death by Design.

"The result is a richly illustrated keepsake for book lovers and designers."
—Publishers Weekly

Chip Kidd is the associate art director at Alfred A. Knopf. His first novel, The Cheese Monkeys, was a national bestseller and a New York Times Notable Book of the Year. He is the editor-at-large for Pantheon and the author of Peanuts: The Art of Charles M. Schulz, Batman Collected, among other books. Haruki Murakami is a contemporary Japanese writer. Orhan Pamuk is a Turkish novelist, screenwriter, academic and recipient of the 2006 Nobel Prize in Literature.
Loading...
or support indie stores by buying on
(This book is on backorder)