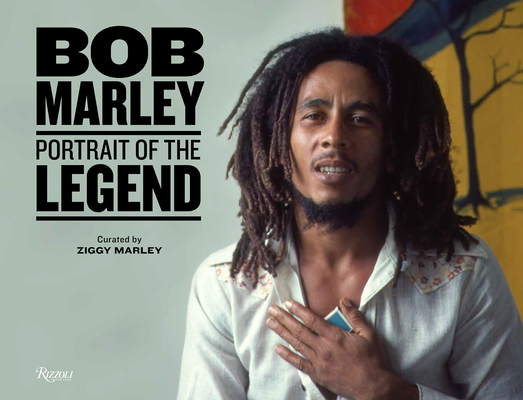 Portrait of the Legend

In honor of Bob Marley's seventy-fifth birthday, this glorious oversize book collects more than 150 photographs that celebrate the life and influence of the forefather of reggae and one of the greatest musical and sociopolitical icons of twentieth-century pop culture.

Drawing exclusively on photos in the Marley family archives, the book mixes the iconic and the intimate, bringing together striking images of Marley as a performer onstage with unseen glimpses into his creative process in and out of the studio and his family life in Jamaica. Making the most of its oversize pages, the book is designed as a monument to his influence.

Focusing on the last decade of his life--the period of his greatest worldwide fame--and with excerpts from unpublished interviews and prophetic quotes alongside the images, this is a definitive portrait of one of the great artists of the twentieth century made by those who knew him best.

An eight-time Grammy winner, Emmy winner, author, philanthropist, and reggae icon, Ziggy Marley has released thirteen albums to much critical acclaim. His immersion in music came early at the age of ten, when he sat in on recording sessions with his father, and he has now realized his father's lifelong dream of owning his master recordings and publishing intellectual property. He lives and works in Los Angeles.
or support indie stores by buying on
Copyright © 2020 American Booksellers Association