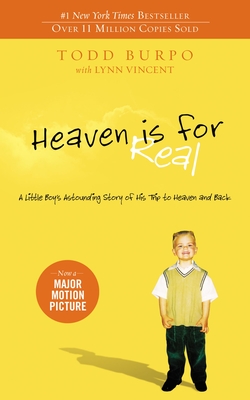 #1 New York Times best-seller with more than 11 million copies sold and Amazon's #17 best-selling book of all time. Heaven Is for Real was the best-selling non-fiction book of 2011 as reported by Nielsen's Bookscan, and was developed as a major motion picture by Sony in 2014.

Continue the Burpo's story in Heaven Changes Everything: The Rest of Our Story. Heaven Is for Real also is available in Spanish, El cielo es real.