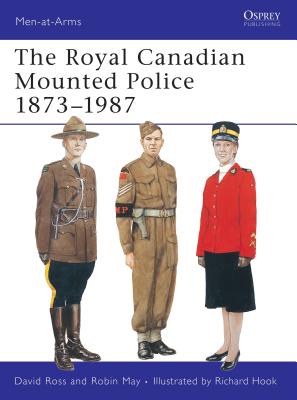 In 1870, after completing a 1000-mile trek across Canada, Lt. W.F. Butler, an officer of the British Army, recommended the establishment of a 'well-equipped force from 100 to 150 men, one-third to be mounted' for the purpose of policing the North West; three years later, the North West Mounted Police was established. By the late 1980s, this force, now the Royal Canadian Mounted Police (RCMP), had grown to include 18,000 members, with a budget of more than $1 billion. This book outlines the origins and evolution of the RCMP, detailing its formation, tasks, uniforms and insignia.

Richard Hook is an internationally acclaimed artist, renowned for his paintings of Native American culture.