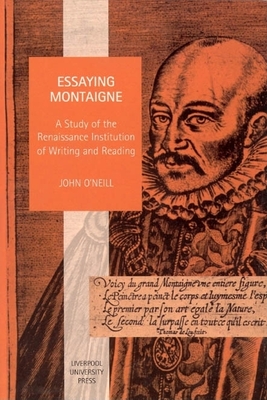 John O'Neill reads Montaigne's Essays from their central principle of friendship as a communicative and pedagogical practice operative in society, literature and politics. The friendship between Montaigne and La Boetie was ruled neither by plenitude nor lack but by a capacity for recognition and transitivity. As an essayist Montaigne is an exemplary practitioner of a technique of difference and recognition that puts all certainties of history, philosophy and culture in the balance of weighted comparison. The essayist reveals how every absolute subjectivity or authority is shaken by its internal weakness once we move inside the contrastive structure of domination in politics, gender and race. O'Neill's reading of the Essays strives to be faithful to the phenomenology of their embodied practices of reading-to-write-to re-read and re-write. From this standpoint he engages the principal critical readings of the Essays over the last century that have examined with great brilliance their history, structure is evolutionary, structuralist, Marxist or psychoanalytical, O'Neill provides close readings of Montaigne's literary critics. By bringing to bear the ethico-critical practice of 'essaying' to resist the subjection of the Essays to dominant criticism, O'Neill reminds readers that Montaigne's appeal is in how he survived bloody cultural war with a balance of modesty and tolerance, invoking compromise where others practice violence.

Professor John O'Neill is Distinguished Research Professor of Sociology at York University, Toronto, a Member of the Centre for Comparative Literature at the University of Toronto, and a Fellow of the Royal Society of Canada.
or
Not Currently Available for Direct Purchase
Copyright © 2020 American Booksellers Association