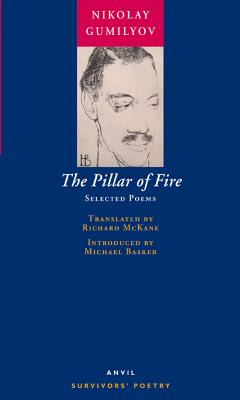 This is the first major selection to appear in Britain from one of the finest poets of the Silver Age of Russian literature. The rich, exotic poetry of Nikolay Gumilyov (1886-1921) draws on his extensive travels in Europe and Africa. Its deepest concerns are man's inner being and striving for spiritual fulfilment. He was shot in 1921, unjustly accused of complicity in an anti-Bolshevik plot. His poems were banned and were not published in Russia until the late 1980s. Richard McKane's fluent translations are complemented by a full introduction and detailed notes by the leading western Gumilyov scholar, Michael Basker. An appendix includes nine poems by Anna Akhmatova relating to Gumilyov. Richard McKane is the translator of Anna Akhmatova: Selected Poems (1989), and with Elizabeth McKane of Osip Mandelstam's The Moscow Notebooks (1991) and The Voronezh Notebooks (1996). Michael Basker is one of the main contributors to the authoritative edition of the poet's work in preparation in Russia. He teaches at Bristol University.

Nikolay Stepanovich Gumilyov (1886-1921) was the cofounder of the Acmeist school of poetry, later joined by Osip Mandelstam among others. After his marriage to Anna Akhmatova and before World War I, he travelled in Africa. He was shot in August 1921, falsely accused of participating in an anti-Bolshevik conspiracy. Richard McKane is a poet and translator of poetry from Russian and Turkish. He lives and works in London.
Loading...
or
Not Currently Available for Direct Purchase