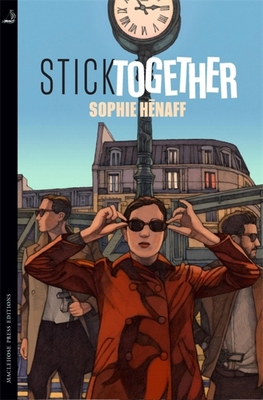 Stick Together (The Awkward Squad #2) (Paperback)

After their successful solving of three cold cases and exposing corruption at the very highest level of the Paris police force, Anne Capestan's squad of misfits and no-hopers should be in a celebratory mood. However, now despised by their colleagues at 36 quai des Orfèvres and worried for their future, morale has never been lower among the members of the Awkward Squad.

Capestan does her best to motivate her troops, but even she cannot maintain a cheerful façade when she has to investigate the murder of Commissaire Serge Rufus, the father of her ex-husband. Worse, it soon appears that his murder is linked to two other victims, both of whom were warned by the killer before they struck . . .

SOPHIE HÉNAFF is a journalist, author and former Lyonnaise bar owner. She began her journalism career as a critic at Lyon Poche, before moving to Paris to write for Cosmopolitan, where she established her own humorous column, "La Cosmolite". The Awkward Squad was first published as Poulets grillés in 2015, and is her first novel.

Praise For Stick Together (The Awkward Squad #2)…

A delightful creation, the members of her team amusing and the book lively—Marcel Berlins, The Times

You will not want to tear yourself away ... Extremely original—Jean-Louis Debré, Le Point

Original and amusing, it's French noir with a sly smile—Karen Robinson, The Times Crime Club

From her first novel, Sophie Hénaff proves that she can really pull the trigger—Paris Match

A scintillating read ... we are already hooked—Elle
or support indie stores by buying on
Copyright © 2020 American Booksellers Association