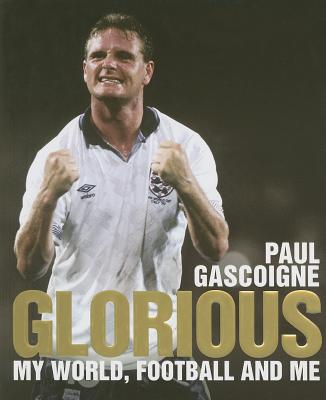 My World, Football and Me

Even people who don't know football know who 'Gazza' is. The man born as Paul John Gascoigne to a working-class family in the North-East has found headlines on the front pages almost as often as the back pages throughout his life, thanks in great part to his more than colourful lifestyle.

But it is for his time as a footballer of the very highest order that Gazza's name will forever live in sporting history. During a career that spanned more than ten different clubs, among them Newcastle United, Tottenham, Lazio and Rangers, and which included countless unforgettable England performances, Gazza established himself as one of the sport's all-time greats: a master of skill, flair and invention like none that his country had produced before nor perhaps ever will again.

Told in Gazza's own unique voice and fully illustrated with hundreds of photos from the moments that he feels defined his career,Glorious: My World, Football and Meis a celebration, offering an unrivalled insight into the mind of this greatest of footballers.

Paul "Gazza" Gascoigne played for Newcastle United, Tottenham Hotspur, Lazio, Rangers, Middlesbrough, and Everton, among others. He has played in more than 50 international matches for the English national team, and was inducted into both the English Football Hall of Fame in 2002 and the Glasgow Rangers Hall of Fame in 2006. He is the author of "Being Gazza" and "Gazza: My Story."
Loading...
or
Not Currently Available for Direct Purchase