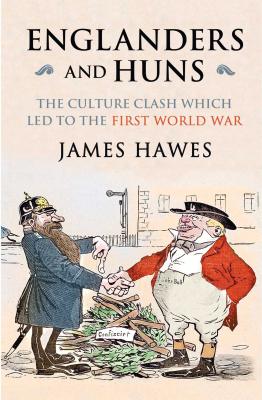 The Culture-Clash which Led to the First World War

A completely fresh look at the culture clash between Britain and Germany that all but destroyed Europe.

Half a century before 1914, most Britons saw the Germans as poor and rather comical cousins - and most Germans looked up to the British as their natural mentors. Over the next five decades, each came to think that the other simply had to be confronted - in Europe, in Africa, in the Pacific and at last in the deadly race to cover the North Sea with dreadnoughts.

Packed with long-forgotten stories such as the murder of Queen Victoria's cook in Bohn, the disaster to Germany's ironclads under the White Cliffs, bizarre early colonial clashes and the precise, dark moment when Anglophobia begat modern anti-Semitism, this is the fifty-year saga of the tragic, and often tragicomic, delusions and miscalculations that led to the defining cataclysm of our times - the breaking of empires and the womb of horrors, the Great War. Richly illustrated with the words and pictures that formed our ancestors' disastrous opinions, it will forever change the telling of this fateful tale.