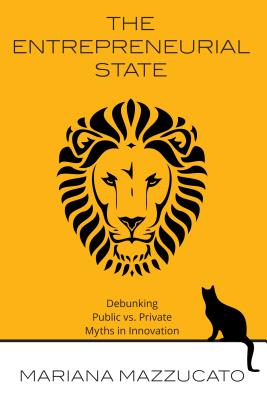 This book debunks the myth of the State as a large bureaucratic organization that can at best facilitate the creative innovation which happens in the dynamic private sector. Analysing various case studies of innovation-led growth, it describes the opposite situation, whereby the private sector only becomes bold enough to invest after the courageous State has made the high-risk investments.

The volume argues that in the history of modern capitalism, the State has generated economic activity that would not otherwise have happened, and has actively opened up new technologies and markets that private investors can later move into. Far from the often heard criticisms of the State potentially 'crowding out' private investments, the State makes them happen, shaping and creating markets, not only 'fixing' them. Ignoring this reality only serves ideological ends, and hurts effective policymaking.

This book examines case studies ranging from the advent of the Internet to the emergence of the biotechnology and nanotechnology industries. In particular, the volume debunks the myth that Silicon Valley was created by entrepreneurial venture capital. A key chapter focuses on the State investments behind Apple's success, and reveals that every major technology behind the iPhone owes its source to public funds. Thus, while entrepreneurial individuals like Steve Jobs are needed, their success is nearly impossible without their ability to ride the wave of State investments. And if Europe wants its own Googles, it needs more State action, not less.

Two forward-looking chapters focus on the emergence of the next big thing after the internet: the 'green revolution'. Both solar and wind technology are currently being led by State spending, whether through the US ARPA-E programme or the Chinese and Brazilian State investment banks. The discussion refreshingly moves beyond the usual division between proponents of austerity vs. the proponents of fiscal stimulus. It argues that State investments not only help kick-start growth during periods of recession, but that they also, even in boom periods, lead to productive investments in radical new technologies which later foster decades of growth.

The book ends with a fundamental question: if the State is so important to investments in high-risk innovation, why does it capture so little direct return?

Mariana Mazzucato is RM Phillips Professor in the Economics of Innovation, SPRU, University of Sussex. Named one of the 'three most important thinkers about innovation' by the 'New Republic', she lectures widely and advises the UK government and the European Commission on innovation-led growth. www.marianamazzucato.com http: //www.marianamazzucato.com/projects/entrepreneurial-state/ @mazzucatom
Loading...
or
Not Currently Available for Direct Purchase