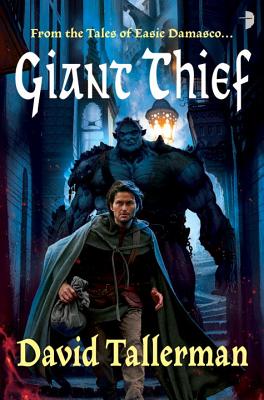 Even the wicked can't rest when a vicious warlord and the force of enslaved giants he commands invade their homeland.  Damasco might get away in one piece, but he's going to need help.


Praise For Giant Thief (The Tales of Easie Damasco #1)…

"A breezy novel... Tallerman’s charming, devil-may-care hero has plenty of swashbuckling roguishness to carry him through the planned sequels." - Publishers Weekly

“A fast-paced, witty and original fantasy, reminiscent of Scott Lynch and Fritz Leiber.” - Adrian Tchaikovsky, author of the Shadows of the Apt series

“Fast-paced, quick-witted, engaging; as apt a description of Easie Damasco, reluctant hero, as of the novel itself.” - Juliet E. McKenna, author of The Tales of Einarinn

"If you're up for a fun, fast-paced adventure featuring rogues, giants and lots of fighting, you won't want to miss it!" - A Fantastical Librarian
or
Not Currently Available for Direct Purchase
Copyright © 2020 American Booksellers Association