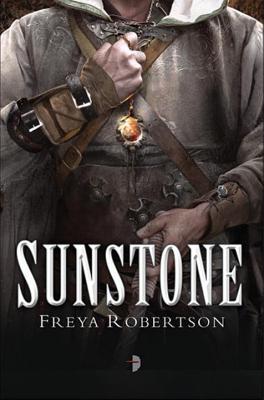 The Incendi elementals that dwell beneath the mountains have found a way to tap into the Arbor's roots, which stretch not only across the land but also through time, and King Pyra is determined to crush the ancient tree.
Twenty-two years after the defeat of the Darkwater Lords, Chonrad's widow Procella and their three children are drawn back to Heartwood to investigate the rumour of strange fires springing up across the land. Across three separate timelines, the heroes must battle to join together their ancient sunstones, to overcome the Incendi threat, and to protect the Arbor and make earth victorious once more.
File Under Fantasy Under Siege - The Generation Game - Incendiary - Heartwood Revisited ]

Freya is a lifelong fan of science fiction and fantasy, as well as a dedicated gamer. She has a deep and abiding fascination for the history and archaeology of the middle ages and spent many hours as a teenager writing out notecards detailing the battles of the Wars of the Roses, or moping around museums looking at ancient skeletons, bits of rusted iron and broken pots. She also has an impressive track record, having published over twenty romance novels under herpseudonym, Serenity Woods. She lives in the glorious country of New Zealand Aotearoa, where the countryside was made to inspire fantasy writers and filmmakers, and where they brew the best coffee in the world. Freya is a winner of theSir Julius Vogel SFFANZ Awardfor Best Novel for her novelHeartwood. You can find Freya online at her website, www.freyarobertson.com, as well as on Twitter@EpicFreya."
or
Not Currently Available for Direct Purchase
Copyright © 2020 American Booksellers Association