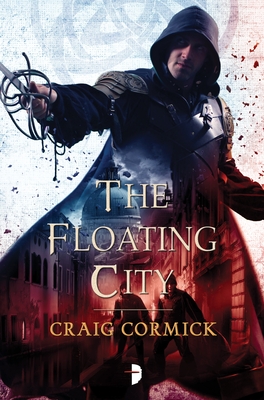 In a land riven with plague, inside the infamous Walled City, two families vie for control: the Medicis with their genius inventor Leonardo; the Lorraines with Galileo, the most brilliant alchemist of his generation.

And when two star-crossed lovers, one from either house, threaten the status quo, a third, shadowy power – one that forever seems a step ahead of all of the familial warring – plots and schemes, and bides its time, ready for the moment to attack...

Rod Duncan is a published crime writer. His first novel Backlash was shortlisted for the CWA John Creasey Dagger, and he has since written three other novels (all Simon & Schuster UK), and had his first screenplay produced.

His background is in scientific research and computing, and he lives in Leicester.

Praise For The Floating City (The Shadow Master #2)…

“With The Floating City, Craig Cormick has nicely outdone himself.”
– The Book Plank

“I have a gut feeling that the author is building something here, something far bigger than I had suspected at first: a sort of network of plots meant to collide at the very end….I definitely hope my hunches are correct.”
– YLogs
or
Not Currently Available for Direct Purchase
Copyright © 2020 American Booksellers Association