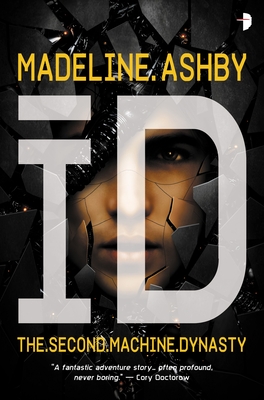 In this sequel to vN, Javier is a self-replicating humanoid on a journey of redemption. Javier's quest takes him from Amy's island, where his actions have devastating consequences for his friend, toward Mecha where he will find either salvation... or death.

File Under: Science Fiction [ vN2 | Island in the Streams | Failsafe No More | The Stepford Solution ]

Madeline Ashby grew up in a household populated by science fiction fans. She graduated from a Jesuit university in 2005, after having written a departmental honors thesis on science fiction. After meeting Ursula K. LeGuin in the basement of the Elliott Bay Book Company that year, she decided to start writing science fiction stories. She has been published in Tesseracts, Flurb, Nature, Escape Pod and elsewhere. Her work has been nominated for the Locus and Kitschie awards. Currently, she works as a strategic foresight consultant in Toronto.


madelineashby.com
twitter.com/MadelineAshby
Loading...
or
Not Currently Available for Direct Purchase