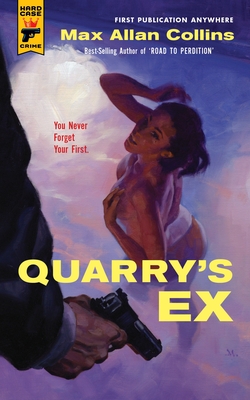 BECAUSE HOMICIDE
BEGINS AT HOME

Even the enigmatic hit man called Quarry had to start somewhere. And for him that was the day he returned stateside from Nam to find his young wife cheating. He'd killed plenty overseas, so killing her lover was no big deal. And when he was recruited to use his skills as a contract killer, that transition was easy, too. He survived in this jungle as he had in that other one -- by expecting trouble.

What he didn't expect was ever running into his ex again....

"No one can twist you through a maze with as much intensity and suspense as Max Allan Collins." - Clive Cussler

Max Allan Collins is the best-selling, award-winning author of Road to Perdition, the graphic novel that inspired the Oscar-winning movie starring Paul Newman and Tom Hanks, and of the acclaimed Nathan Heller series of historical hardboiled mysteries.

He has also written novels based on major movies and TV series ranging fromSaving Private Ryan, Air Force One, and American Gangster to CSI and NYPD Blue. Also a filmmaker himself, Collins' films include Shades of Noir, Real Time, and the documentary Mike Hammer's Mickey Spillane.
Loading...
or
Not Currently Available for Direct Purchase