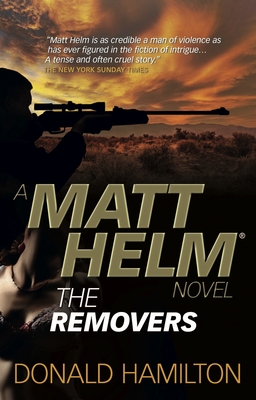 A year after having been reactivated, Matt Helm receives a message from his ex-wife, asking for his aid. The threat is an enemy agent named Martel, disguised as a mob hitman. To protect his family, Helm must "remove" the threat before his own children pay the ultimate price.

Donald Hamilton is the creator of Matt Helm, star of 27 novels that have sold more than 20 million copies worldwide. He was born in Uppsala, Sweden, attended the University of Chicago, and served in the U.S. Naval Reserve. His writing career began in 1946 with short stories for Collier's and The Saturday Evening Post. His first novel was Date With Darkness, published in 1947, and altogether he published 38 novels. The first Matt Helm novel, Death of a Citizen, was originally published in 1960, at the height of the Cold War.
or
Not Currently Available for Direct Purchase