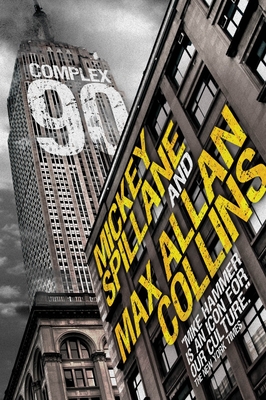 Hammer accompanies a conservative politician to Moscow on a fact-finding mission. Arrested and imprisoned by the KGB on a bogus charge; he quickly escapes, creating an international incident by getting into a fire fight with Russian agents.

On his stateside return, the government is none too happy with Hammer. Russia is insisting upon his return to stand charges, and various government agencies are following him. A question dogs our hero: why him? Why does Russia want him back, and why was he singled out to accompany the senator to Russia in the first place?

Mickey Spillane is the legendary crime writer credited with igniting the explosion of paperback publishing after World War II as a result of the unprecedented success of his Mike Hammernovels. Spillane's novels sold tens of millions of copies - I, The Jury went through more than 60 paperback printings in 1947 alone. In 1995, he was named a Grand Master by the Mystery Writers of America. Before his death at the age of 88 in 2006, Spillane chose long-time friend Max Allan Collins to complete his unfinished work and act as his literary executor.

Max Allan Collins is the bestselling, award-winning author of Road to Perdition, the graphic novel that inspired the Oscar-winning movie starring Paul Newman and Tom Hanks, and of the acclaimed Nathan Heller series of historical hardboiled mysteries. Also a filmmaker himself, Collins' films include the documentary Mike Hammer's Mickey Spillane.
Loading...
or
Not Currently Available for Direct Purchase