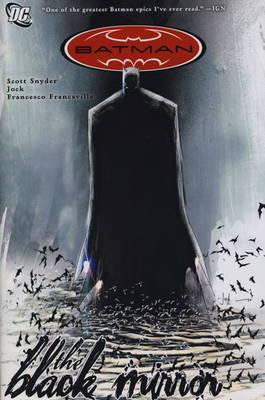 A series of brutal murders push Batman's detective skills to the limit and force him to confront one of Gotham City's oldest evils. In a second story, the corpse of a killer whale shows up on the floor of one of Gotham City's foremost banks. The event begins a strange and deadly mystery that will bring Batman face to face with the new, terrifying faces of organized crime in Gotham.

Scott Snyder is one of comics' best young writers. His current works include BATMAN, AMERICAN VAMPIRE and SWAMP THING. He has also been published in Zoetrope, Tin House, One-Story, Epoch, Small Spiral Notebook, and other journals. He teaches at Columbia University and Sarah Lawrence University and lives in New York with his wife, Jeanie, and his son, Jack Presley. He's currently at work on a novel for the Dial Press.
Loading...
or
Not Currently Available for Direct Purchase