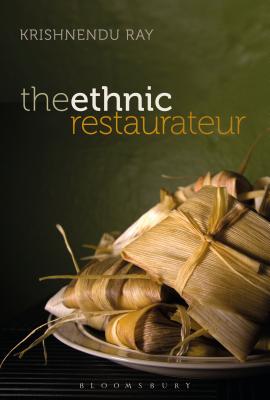 Academic discussions of ethnic food have tended to focus on the attitudes of consumers, rather than the creators and producers. In this ground-breaking new book, Krishnendu Ray reverses this trend by exploring the culinary world from the perspective of the ethnic restaurateur.

Focusing on New York City, he examines the lived experience, work, memories, and aspirations of immigrants working in the food industry. He shows how migrants become established in new places, creating a taste of home and playing a key role in influencing food cultures as a result of transactions between producers, consumers and commentators. Based on extensive interviews with immigrant restaurateurs and students, chefs and alumni at the Culinary Institute of America, ethnographic observation at immigrant eateries and haute institutional kitchens as well as historical sources such as the US census, newspaper coverage of restaurants, reviews, menus, recipes, and guidebooks, Ray reveals changing tastes in a major American city between the late 19th and through the 20th century. Written by one of the most outstanding scholars in the field, The Ethnic Restaurateur is an essential read for students and academics in food studies, culinary arts, sociology, urban studies and indeed anyone interested in popular culture and cooking in the United States.

Krishnendu Ray is an Associate Professor and Chair of the Department of Nutrition, Food Studies and Public Health at New York University, USA.
Loading...
or support indie stores by buying on