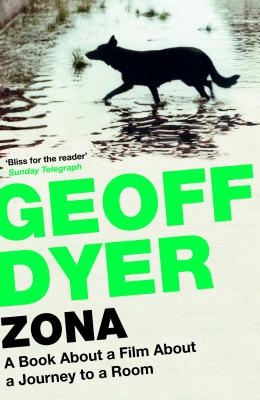 [A Book about a Film about a Journey to a Room]

In this spellbinding book, the man described by the Daily Telegraph as 'possibly the best living writer in Britain' takes on his biggest challenge yet: unlocking the film that has obsessed him all his adult life. Like the film Stalker itself, it confronts the most mysterious and enduring questions of life and how to live.

Geoff Dyer is the author of Jeff in Venice, Death in Varanasi and three previous novels, as well as nine non-fiction books. Dyer has won the Somerset Maugham Prize, the Bollinger Everyman Wodehouse Prize for Comic Fiction, a Lannan Literary Award, the International Center of Photography's 2006 Infinity Award for writing on photography and the American Academy of Arts and Letters' E.M. Forster Award. In 2009 he was named GQ's Writer of the Year. He won a National Book Critics Circle Award in 2012 and was a finalist in 1998. In 2015 he received a Windham Campbell Prize for non-fiction. His books have been translated into twenty-four languages. He currently lives in Los Angeles where he is Writer in Residence at the University of Southern California.
or
Not Currently Available for Direct Purchase
Copyright © 2020 American Booksellers Association