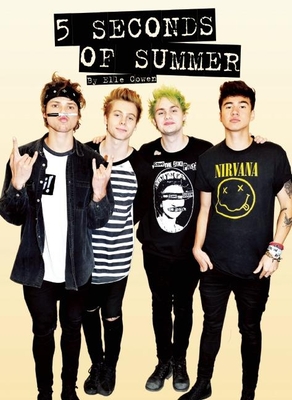 5 Seconds of Summer are a musical obsession to millions. But these four cheeky pop-rockers from Sydney, Australia, are more than just another boyband. Having rocketed into charts (and hearts) across the globe with their infectious pop-punk anthem, 'She Looks So Perfect', they're set for a summer that never ends. Filled with more than 50 full-color photos, 5 Seconds of Summer traces the boys' incredible journey so far -- from their days at Norwest Christian College to the release of their all-conquering debut album (selling in excess of 1.5 million copies, 5 Seconds of Summer stole the top spot in over 50 countries worldwide) and beyond. With a fun profile devoted to each bandmate -- Luke Hemmings, Michael Clifford, Calum Hood and Ashton Irwin -- it tells you all you need to know about 5SOS's unstoppable rise to the top. With details of the first cover songs they ever posted on YouTube and all the gossip from their epic 2013/14 tour with One Direction (the Brit boys have been their friends and mentors from the beginning; naturally 5SOS opened for them on sold-out dates throughout the US and the UK), this is essential reading for all true fans of 5SOS.

Mick O'Shea is a freelance journalist with a passion for all things rock 'n' roll. He is the author of thirteen other books including One Direction: No Limits and Amy Winehouse: A Losing Game. He lives in London.
Loading...
or support indie stores by buying on