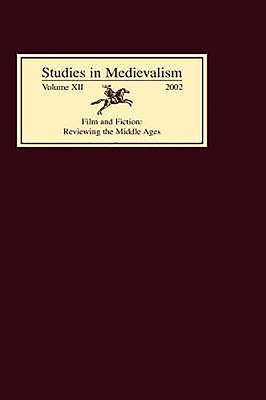 The middle ages provide the material for mass-market films, for historical and fantasy fiction, for political propaganda and claims of legitimacy, and these in their turn exert a force well outside academia. The phenomenon is tooimportant to be left unscrutinised: these essays show the continuing power and applicability of medieval images - and also, it must be said, their dangerousness and often their falsity.
Of the ten essays in this volume, several examine modern movies, including the highly-successful A Knight's Tale (Chaucer as a PR agent) and the much-derided First Knight (the Round Table fights the Gulf War). Others deal with the appropriation of history and literature by a variety of interested parties: King Alfred press-ganged for the Royal Navy and the burghers of Winchester in 1901, William Langland discovered as a prophet of future Socialism, Chaucer at once venerated and tidied into New England respectability. Vikings, Normans and Saxons are claimed as forebears and disowned as losers in works as complex as Rider Haggard's Eric Brighteyes, at once neo-saga and anti-saga. Victorian melodramaprovides the clich's of "the bad baronet" who revives the droit de seigneur (but baronets are notoriously modern creations); and of the "bony grasping hand" of the Catholic Church and its canon lawyers (an image spread in ways eerily reminiscent of the modern "urban legend" in its Internet forms).

Professor TOM SHIPPEY teaches in the Department of English at the University of St Louis; Dr MARTIN ARNOLD teaches at University College, Scarborough.