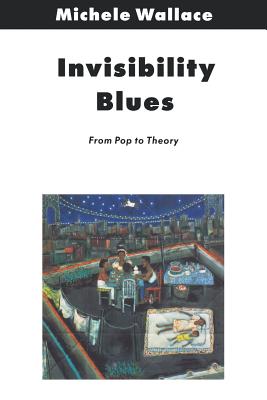 From Pop to Theory (Haymarket)

In the shifting and conflicting currents of recent cultural criticism, no space is more ambiguous or difficult to define than that held by black feminism. In this new book, Michele Wallace poses the historical and conceptual questions which an emergent black feminist theory address. The author begins with a consideration of the work of her mother, the artist Faith Ringgold, and moves on to recollections of her own early life in Harlem, and an account of her development as a writer in the 1970s. She examines the collective legacy with which black artists - from Zora Neale Hurston and Ntozake Shange, to Spike Lee and Michael Jackson - must contend in carving out a distinctive cultural practice. Wallace's book marks a new departure in contemporary criticism, as she combines the flair of a popular journalist with the rigor of a committed scholar. Invisibility Blues is certain to become a landmark in cultural studies and a fundamental document in the history of black feminism.

Michele Wallace earned her Ph.D. in Cinema Studies at New York University. She is a professor of English at the City College of New York and the CUNY Graduate Center. Her seminal book "Black Macho and the Myth of the Superwoman" is also available from Verso.

Michael Sprinker was Professor of English and Comparative Literature at the State University of New York at Stony Brook. His "Imaginary Relations: Aesthetics and Ideology in the History of Historical Materialism "and" History and Ideology in Proust" are also published by Verso. Together with Mike Davis, he founded Verso's Haymarket Series and guided it until his death in 1999.
Loading...
or support indie stores by buying on