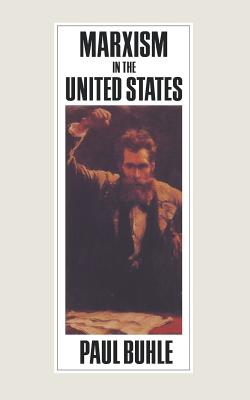 Marxism in the United States

Remapping the History of the American Left (REV) (Haymarket)

No topic in American historiography has been more hotly debated than the role played by Marxism in the social and political life of the United States. Until now, most accounts have been partisan--either attacking Marxism as an alien ideology, or defending it as the authentic expression of the political will of the American working class. Paul Buhle has produced the first overview of American Marxism to go beyond this opposition. His account ranges from the immigrant socialism of the nineteenth century to the formation of the CPUSA in the wake of the Bolshevik revolution, the rise of American communism in the 1920s and 1930s, the crisis and split in 1957, and the revival of Marxism outside the Communist Party in the 1960s and 1970s. Brimming over with historical detail and grounded in substantial original research, Marxism in the United States provides a balanced account of the strengths and weaknesses that have characterized the history of American Marxism. This revised edition assesses the new challenges facing the American left in the 1990s.

Praise For Marxism in the United States: Remapping the History of the American Left (REV) (Haymarket)…

“Cogent and provocative ... this single volume challenges the entire edifice of modern US cultural and political history.”—Monthly Review

“He has written as good a book, with its stunning command of detail and hard-headed generosity, as anyone in his generation about the life of radicalism in America.”—Times Higher Education Supplement

Paul Buhle, formerly a senior lecturer at Brown University, produces radical comics. He founded the SDS Journal "Radical America" and the archive "Oral History of the American Left" and, with Mari Jo Buhle, is coeditor of the "Encyclopedia of the American Left." He lives in Madison.
Loading...
or support indie stores by buying on