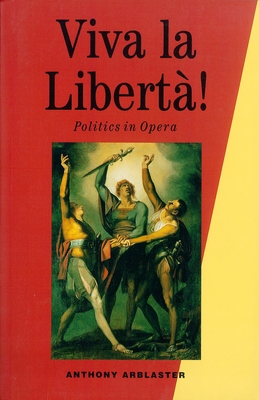 In this ambitious and wide-ranging book, Anthony Arblaster shows that attempts by many music critics to disregard or disparage opera’s politics are at best delusory, at worst a political ploy. Writing with passionate enthusiasm, both for opera and for th ideals of freedom it has so often represented, he uncovers the political dimensions of a vast range of works, from The Marriage of Figaro to Nixon in China. Beginning with an investigation of opera in revolutionary France, Anthony Arblaster goes on to analyse Mozart’s enigmatic politics, and to explore the work of Rossini, Bellini, Donizetti and, above all, Verdi, in the context of the Risorgimento. Further chapters examine Wagner’s early radicalism and notorious anti-semitism, nationalism in Russian, Czech and English opera, and the weaknesses of Puccini and Strauss. He also discusses the place of women in opera, and concludes with a fascinating survey of the treatment of everyday life in opera and musicals, from Dallapiccola to Sondheim.

“... a superlative music book ... that every true lover of opera should devour greedily.”—Michael Kennedy, Sunday Telegraph

“... beautifully written and argued at every turn ... with every debate properly suffused with a true love of la liberta in every language under the sun and moon.”—Michael Foot, Evening Standard

“This is the book those of us for whom opera cries freedom have long awaited. It had to be by an historian rather than a musical expert, by a lover of opera, by one who cares for words as much as music and who understands man’s passions for liberty. Viva la Liberta! is all these things and more.”—Ruth Rendell