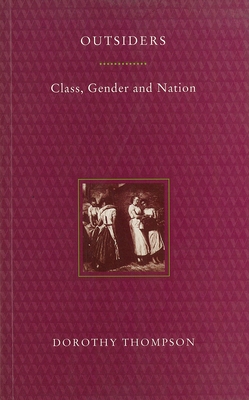 This book brings together Dorothy Thompson’s most important essays on English social history, written over the last 25 years, many previously unpublished. Thompson analyzes the Chartist movement, not simply as a political programme, however significant, but as the mass phenomenon which offers the focus for an “elucidation of the concept of class”. Thompson is also concerned with Queen Victoria: how did a woman holding the highest office in the land affect British women and was it a factor in the non-republican stance of radical politics of the time? The essays are complemented by an introduction in which Dorothy Thompson reflects on the politics of the period in which she wrote them, on her own political involvements and on the relationship of her work as a historian to that of her husband, E.P. Thompson. The book should make a useful introductory text for students of history. It includes Thompson’s essays on women’s activism in early radical politics and 19th century popular politics. The book should also attract a wide general readership.

“The left’s foremost cultural historian and critic ... an acute and perceptive political commentator.”—Comment

Dorothy Thompson taught in the School of History in the University of Birmingham, where she wrote a series of highly regarded books about Chartism and other topics in nineteenth-century British history—among them, Early Chartists, Chartism in Wales and Ireland, Outsiders: Class, Gender and Nation and Queen Victoria: Gender and Power. Her edited volume Over Our Dead Bodies: Women Against the Bomb testified to her engagement in post-war peace movements.
Loading...
or
Not Currently Available for Direct Purchase