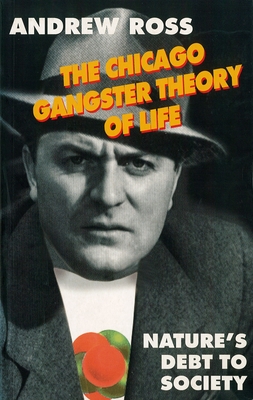 The Chicago Gangster Theory of Life

Strange and scary days for an ecology movement that was conceived in fierce opposition to power. Fractured, as ever, by divisions and competing agendas, the movement must now confront the dangerous tendency of those in power to invoke nature’s laws as a model for social well-being. Partly as a result of ecology’s influence, biologism is back, and the spectres of social Darwinism and Malthusian ideas about natural scarcity have begun to reinforce, if not translate in, calls for a reduction in right and freedoms in our civil society.

Andrew Ross’s The Chicago Gangster Theory of Life questions the evangelical asceticism of much environmentalist thought, and calls for a renewal of the libertarian, post-scarcity tradition. Opening with a stunning essay on the ethnic and socio-economic bases of cultural nationalism in the Pacific Islands, he assesses the continuing historical appeal of ecological romanticism, long associated with Polynesian peoples, and central today to a tourist industry that is the new mode of Third World underdevelopment. Turning to home, he analyzes the 1933 bombing of New York’s World Trade Center in the ecological context of urban development that has made the city a capital both of global finance and of new immigrant cultures. In a response to the bombing and environmental terrorism of the Gulf War, Ross goes on to explore the ‘ecology of images’ that characterized the media’s role in that war’s carnage and in the mounting collateral damage of the New World Order. A fourth chapter discusses the much-hyped men’s movement as a response to debates among eco-feminists. The book concludes with a sweeping critiques of the new world view being ushered in by geneticists and the biotechnology industry, a philosophy of biological determinism that Ross describes as ‘the Chicago gangster theory of life.’

With his sharp eye for the crucial cultural phenomena of our times, Ross’s wry take on the contradictions of green politics is tempered by his commitment to dispel the ecology movement’s public image as an anti-libertarian politics that always ‘says no’, and preaches self-limitation rather than promising social fulfillment. He sees an ecological future of public affluence and not voluntary poverty, a world where nature is a participant in our social plans, and not an authority locking us into some incontrovertible fate.

Andrew Ross is Professor and Director of the Graduate Program in American Studies at New York University. His books include No Respect, Strange Weather, The Chicago Gangster Theory of Life; the editor of Universal Abandon?; and the co-editor of Microphone Fiends.
Loading...
or
Not Currently Available for Direct Purchase