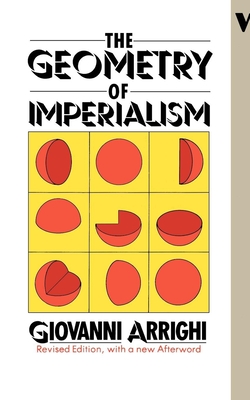 The Geometry of Imperialism

The Limits of Hobson's Paradigm

Few terms in the vocabulary of politics are so confused as “imperialism.” Does it refer essentially to colonial rule? Or is it primarily an economic phenomenon, connected to the export of capital? What is its relation to nationalism? Which societies, in the past or present, can be properly described as imperialist?

Giovanni Arrighi resolves these ambiguities by the construction of a formal model that integrates all of them into a single structure. He shows how a coherent paradigm of imperialism can be derived from Hobson’s classic study of imperialism at the turn of the century, and illustrates it with a series of geometrical figures. The genesis of English imperialism is traced, from the seventeenth to twentieth centuries. Then the pattern of German and American imperialism are compared and contrasted. Arrighi looks at the consequences of the rise of multinational corporations for the traditional versions of the concept of imperialism and concludes that they transform its meaning.

In a new afterword, Arrighi responds to his critics and sketches a reconceptualized theory of “imperialism” as a struggle for world hegemony.

Giovanni Arrighi (1937–2009) was Professor of Sociology at Johns Hopkins University. His books include The Long Twentieth Century, Adam Smith in Beijing, and, with Beverly Silver, Chaos and Governance in the Modern World System. His work has appeared in many publications, including New Left Review—who published<a href="http://www.newleftreview.org/?page=article&amp;view=2771"> an interview on his life-long intellectual trajectory</a> in March–April 2009, and <a href="http://www.newleftreview.org/?view=2814">an obituary</a> in Nov–Dec 2009—and there are more accounts on his <a href="http://www.sympathytree.com/giovanniarrighi1937/">memorial website</a>.
Loading...
or support indie stores by buying on