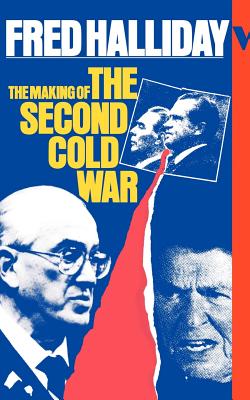 The Making of the Second Cold War

We are living through the Second Cold War, yet what is it? Millions in East and West now fear a nuclear conflict, yet confrontation and panic continue to obscure understanding of the processes that might trigger a hot war. Fred Halliday presents a clearly written anatomy of these international tensions. He identifies the chief cause of cold war as the globalized contest between the USA and USSR and the arms race in which these states are engaged. He then explains the five main elements of the conflict: the relative decline in US nuclear strategic superiority since the 1960s; the new wave of Third World revolutions; the political stalemate of the post-capitalist states; the rise of the New Right in the USA; and the sharpened contradictions between the Western countries themselves.

"The Making of the Second Cold War"provides a careful, integrated political history of international developments since the 1960s. No other book on the subject has the same range, or attempts to knit together "all"the factors that have produced the contemporary world situation.

Fred Halliday (1946 2010) was well known as an authority on international affairs. He was the editor of Isaac Deutscher s "Russia, China and the West," and the author of "Arabia Without Sultans," " Threat from the East, " "Iran" and, with Maxine Molyneux, "The Ethiopian Revolution.""
Loading...
or support indie stores by buying on