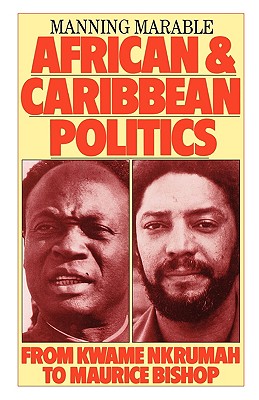 What explains the proliferation of authoritarian regimes some calling themselves socialist in contemporary African and Caribbean politics?

One of America's leading black scholars assesses the historical and social forces that have undermined democracy and social reform in the societies of Africa and its diaspora. In a brilliant historical sketch of the evolution of revolutionary nationalism, Marable illustrates how the legacies of slavery, forced labor and colonialism have combined to stunt the development of popular self-representation. Considering in detail the key cases of Ghana and Guyana, he explains why mass anti-colonial movements eventually decayed into personalistic and repressive cults around Nkrumah and Burnham.

The core of the book is an impassioned and searching analysis of the tragic self-destruction of the Grenadian Revolution in 1983. Increasing reliance on a corrupted democratic centralism within the New Jewel Movement led to its violent implosion followed by Reagan's invasion. While defending the achievements of the martyred Bishop regime, Marable argues that African and Caribbean socialism must find new commitments to egalitarian democracy and pluralism.