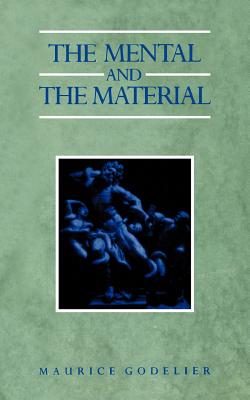 What is the specificity of the human race within nature? How is its history to be explained? What impact do material realities, natural and man-made, have on human beings? What role does thought, in all its dimensions, play in the production of social relations? How are the human sciences to be advanced today? These are among the crucial questions confronted by Maurice Godelier, the world's most distinguished Marxist anthropologist, in this key book of contemporary social theory. Its point of departure lies in a fact and a hypothesis. The fact: in contrast to other social animals, human beings do not just live in society, they produce society in order to live. The hypothesis: because they have the unique capacity to appropriate and transform nature, they produce culture and create history. Drawing on his own extensive fieldwork and ranging over the most diverse ethnographic data, Godelier substantiates his case by attending to the analysis of both social relations of production and the production of social relations. In a sustained challenge to currently dominant schemas, he offers a series of highly original theses on the constitution, reproduction and transformation of societies, recasting the distinction between infrastructure and superstructures, illuminating the relations between economic determination and political/ideological dominance, and clarifying the character of ideology and its central role in the perpetuation of dominance and exploitation. Theoretically ambitious and empirically rigorous, The Mental and the Material constitutes a great advance in the mode of production debate and demonstrates the enormous explanatory potential of historical materialism.

Maurice Godelier is Professor of Anthropology at the E?cole des Hautes E?tudes en Sciences Sociales, Paris. His publications include "Rationality and Irrationality in Economics, The Mental and the Material, The Making of Great Men, The Enigma of the Gift; In and Out of the West," and "The Metamorphoses of Kinship."

“Engaging and intriguing ... Anthropology, it would seem, may yet return from the graveyard of structuralism to stir up some debate in the social sciences.”—New Statesman