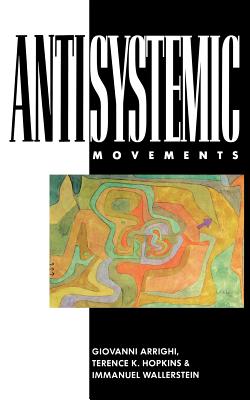 Antisystemic Movements is an eloquent and concise history of popular resistance and class struggle by the leading exponents of the world-systems perspective on capitalism. Basing itself on an analysis of resistance movements since the emergence of capitalism, it shows that while some early forms were successful in their own terms, ultimately they did not impede the consolidation of the modern capitalist world-system. The authors argue that although capitalism generated resistance right from the beginning as it displaced populations, despoiled resources and established global exploitation, until about 1848 the capitalist world-system could crush or outflank an opposition which was dispersed, localized and lacking in organization and continuity. From the mid-nineteenth century down to recent times, more adequately organized social and national movements set some limits on capital accumulation, but generally remained confined in their effectiveness to the terrain of the nation-state. Indeed, paradoxically, the successes of the old social movements helped to boost the power and legitimacy of states while failing to remove the sources of class conflict or to grapple with the consequences of interstate competition. Taking the year 1968 as a symbolic turning-point, the authors argue that new antisystemic movements have arisen which challenge the logic of the capitalist world-system more centrally than ever before. These new movements have a different ethnic and gender composition and different ways of organizing, while their key inspirations show an increasing ability to cross national boundaries. The authors suggest that the new assertiveness of the south, the development of class struggle in the east and the emergence of rainbow coalitions in different world zones might hold out the promise of a future socialist world-system.

Giovanni Arrighi (1937-2009) was Professor of Sociology at Johns Hopkins University. His books include "The Long Twentieth Century," "Adam Smith in Beijing," and, with Beverly Silver, "Chaos and Governance in the Modern World System." His work has appeared in many publications, including "New Left Review"--who published an interview on his life-long intellectual trajectory in March-April 2009, and an obituary in Nov-Dec 2009--and there are more accounts on his memorial website.

Terence K. Hopkins is the author of "The Age of Transition "and co-author of "Anti-Systemic Movements."

Immanuel Wallerstein is director of the Fernand Braudel Center at the State University of New York. His books include a three-volume study, "The Modern World-System," "Historical Capitalism," and, cowritten with Etienne Balibar, "Race, Nation, Class."
Loading...
or support indie stores by buying on