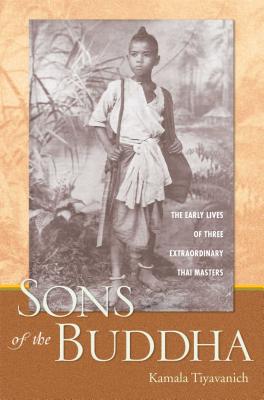 Sons of the Buddha

A thrilling spiritual biography--or rather, three in one--Sons of the Buddha is an excellently written, transcendent account of an all-but-lost Thailand and the early lives of three of its most prominent Buddhist teachers. Filled with lively anecdotes and illustrations, Sons of the Buddha tells the early life stories of three master Buddhist preachers from Thailand, each of whom also has followings in North America. Ajahn Buddhadasa (1906-93), Ajahn Panya (b. 1911), and Ajahn Jumnien (b. 1936), all monks and abbots of monasteries, have been highly influential in Thai society and tireless in their work and teaching. A preacher must have common sense, know how to turn everyday life experience into Dharma lessons, and be able to accurately assess the needs of his audience. Sons of the Buddha shows how three boys evolved into remarkable embodiments of the "preacher" ideal. Each would effect changes in moral attitudes and Dharma practices, restore Buddhism's social dimension, bridge the divide separating laypeople and monastics, and champion an openmindedness toward other religions. In these delightful stories-full of local color-we see what it was that led them to become so fearless and influential.

Kamala Tiyavanich is a Thai native, a Thai Buddhist, and the author of Forest Recollections: Wandering Monks in Twentieth-Century Thailand. She teaches at Cornell University.
Loading...
or
Not Currently Available for Direct Purchase