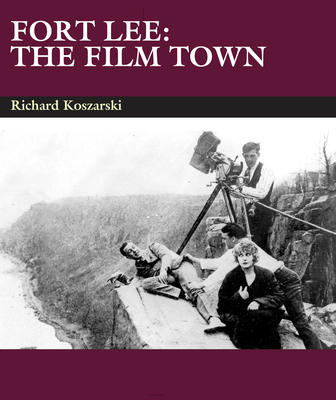 During the 1910s, motion pictures came to dominate every aspect of life in the suburban New Jersey community of Fort Lee. During the nickelodeon era, D.W. Griffith, Mary Pickford, and Mack Sennett would ferry entire acting companies across the Hudson to pose against the Palisades. Theda Bara, "Fatty" Arbuckle, and Douglas Fairbanks worked in the rows of great greenhouse studios that sprang up in Fort Lee and the neighboring communities. Tax revenues from studios and laboratories swelled municipal coffers.

Then, suddenly, everything changed. Fort Lee, the film town once hailed as the birthplace of the American motion picture industry, was now the industry's official ghost town. Stages once filled to capacity by Paramount and Universal were leased by independent producers or used as paint shops by scenic artists from Broadway. Most of Fort Lee's film history eventually burned away, one studio at a time.

Richard Koszarski re-creates the rise and fall of Fort Lee filmmaking in a remarkable collage of period news accounts, memoirs, municipal records, previously unpublished memos and correspondence, and dozens of rare posters and photographs not just film history, but a unique account of what happened to one New Jersey town hopelessly enthralled by the movies.

Richard Koszarski is a member of the Fort Lee Film Commission and Associate Professor of English and Cinema Studies at Rutgers University. He lives in Fort Lee, New Jersey.
or support indie stores by buying on
Copyright © 2020 American Booksellers Association