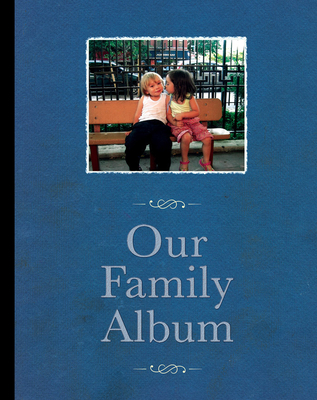 This literary counterpart to Charles Musser and Maria Threese Serana's documentary Our Family Album includes brief essays by those involved in its production as well as an annotated script with selected images from the film. The book, like the documentary, reflects on the construction, nature and meaning of family photography. In an era of globalization, the filmmakers move back and forth between two countries whose relationship was forged by war and a half century of colonization - the Philippines and the United States. How they and their son negotiate their lives between these two cultures is some of the work done by and through the family album. This intimate portrait moves outward to engage scholars, archivists, and fellow filmmakers who have different perspectives and even conflicting views on the nature of family photography and how they deploy it in their personal and professional lives. Commentators include Paolo Cherchi Usai, Lorna Johnson, Nick Deocampo, Vanessa Toulmin, Ashish Avikunthak and Thomas Elsaesser.

Reimagines The Family of Man for the 21st Century.

Charles Musser is a professor of Film & Media Studies and American Studies at Yale University. He worked on Peter Davis's Oscar-winning documentary Hearts and Minds (1974) for two years as first assistant editor. Charlie subsequently produced and directed the award-winning An American Potter: Gerry Williams (1976) and Before the Nickelodeon: The Early Cinema of Edwin S. Porter, which premiered at the 1982 New York Film Festival and was called one of the best documentaries of the year by Carrie Rickey of the Village Voice. He published a trilogy of books on American early cinema in 1990-91: the first, The Emergence of Cinema: The American Screen to 1907 received the Katherine Kovacs Prize, the Jay Leyda Award and the Theater Library Book Award in Film and Media Studies. His book Before the Nickelodeon: Edwin S. Porter and the Edison Manufacturing Company (1991) was the scholarly complement to his previous film. The screening of his feature film Errol Morris: A Lightning Sketch (2014) at the Big Sky Documentary Film Festival led to the creation of NHdocs: The New Haven Documentary Film Festival which he co-founded and co-directed from 2014-2019. Most recently, he published Politicking and Emergent Media: US Presidential Elections of the 1890s (2016). He also co-curated the 5-DVD set Pioneers of African American Cinema (2016), which received the Film Heritage Award from the National Society of Film Critics. The current book is a companion to his most recent feature-length documentary, Our Family Album (2019), which has played at the Smithsonian National Gallery of Art and other venues.
or
Buy Here
Copyright © 2020 American Booksellers Association