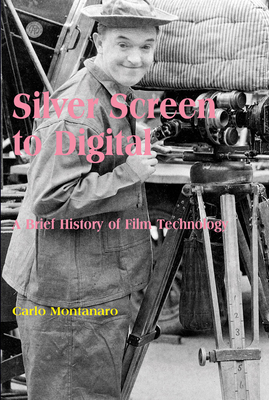 A Brief History of Film Technology

An era has ended. After one hundred and twenty-five years, a change has taken place in cinemas. The thousands of figures formed by silver and coloured pigments can no longer be viewed through transparent film, instead, everything has become digital, compressed, virtual and built into the rapid alternation of millions (hopefully, for quality's sake) of dots, or pixels within a very neat and minuscule grid. But projection is just the last link in a chain that is transforming the most direct language invented by humanity over the centuries. The other links - shooting, editing, special effects, re-elaboration and sound reproduction - have by now undergone radical transformations that have often signified progress.

Perhaps, it is worth the trouble, then, having accepted this transformation-revolution once and for all, to understand where we started out from, how cinematographic language was born and how its grammar first and later its syntax evolved thanks to technological development. Without lightweight equipment for sound recording, sensitive emulsions, portable and compact lighting, it would not have been possible, at the end of the 50s, for example, to create identifiable "currents" of experimentation and concept under such titles as free cinema or nouvelle vague, which were largely based on footage from life and no longer reconstructed in the studio. That which filmmakers today can achieve even more effectively thanks to a range of digital technologies, paradoxically, involves working with even more-minimal equipment such as a smartphone in front of green or blue screens, against absolutely virtual backgrounds. In short: no more silver and more and more pixels.

Carlo Montanaro (1946) has always researched and written about systems for the technological reproduction of images. A former professor and director of the Venice Academy of Fine Arts and Venice Ca 'Foscari University, since 2014, through his Cultural Association Archivio Carlo Montanaro, he runs La Fabbrica del Vedere which houses his collections of films, books, photographs, machinery, artefacts and memorabilia. It is, moreover, a venue for exhibitions, meetings and workshops. As an expert in audiovisual media he is regularly involved in the organisation of exhibitions, festivals and reviews (The Venice Biennale and Film Festival, Pordenone Silent Film Festival), as a writer he has contributed to newspapers, magazines and anthological editions. He founded and edits the periodical All'Archimede.
or
Buy Here
Copyright © 2020 American Booksellers Association