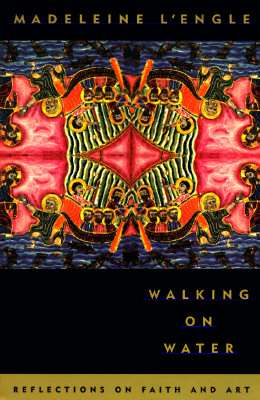 In Walking On Water, Madeleine L'Engle addresses the questions, What makes art Christian? What does it mean to be a Christian artist? What is the relationship between faith and art? Through L'Engle's beautiful and insightful essay, readers will find themselves called to what the author views as the prime tasks of an artist: to listen, to remain aware, and to respond to creation through one's own art.

Madeleine L'Engle (1918-2007) was the Newbery Medal-winning author of more than 60 books, including the much-loved "A Wrinkle in Time." Born in 1918, L'Engle grew up in New York City, Switzerland, South Carolina and Massachusetts. Her father was a reporter and her mother had studied to be a pianist, and their house was always full of musicians and theater people. L'Engle graduated cum laude from Smith College, then returned to New York to work in the theater. While touring with a play, she wrote her first book, "The Small Rain," originally published in 1945. She met her future husband, Hugh Franklin, when they both appeared in The Cherry Orchard. Upon becoming Mrs. Franklin, L'Engle gave up the stage in favor of the typewriter. In the years her three children were growing up, she wrote four more novels. Hugh Franklin temporarily retired from the theater, and the family moved to western Connecticut and for ten years ran a general store. Her book "Meet the Austins," an American Library Association Notable Children's Book of 1960, was based on this experience. Her science fantasy classic "A Wrinkle in Time" was awarded the 1963 Newbery Medal. Two companion novels, "A Wind in the Door" and "A Swiftly Tilting Planet" (a Newbery Honor book), complete what has come to be known as The Time Trilogy, a series that continues to grow in popularity with a new generation of readers. Her 1980 book "A Ring of Endless Light" won the Newbery Honor. L'Engle passed away in 2007 in Litchfield, Connecticut.
Loading...
or
Not Currently Available for Direct Purchase