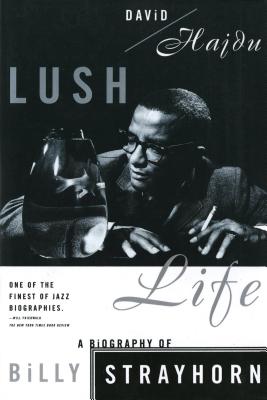 A Biography of Billy Strayhorn

A finalist for the National Book Critics Circle Award

Billy Strayhorn (1915-67) was one of the greatest composers in the history of American music, the creator of a body of work that includes such standards as "Take the 'A' Train." Yet all his life Strayhorn was overshadowed by his friend and collaborator Duke Ellington, with whom he worked for three decades as the Ellington Orchestra's ace songwriter and arranger. A "definitive" corrective (USA Today) to decades of patchwork scholarship and journalism about this giant of jazz, David Hajdu's Lush Life is a vibrant and absorbing account of the "lush life" that Strayhorn and other jazz musicians led in Harlem and Paris. While composing some of the most gorgeous American music of the twentieth century, Strayhorn labored under a complex agreement whereby Ellington took the bows for his work. Until his life was tragically cut short by cancer and alcohol abuse, the small, shy composer carried himself with singular style and grace as one of the few jazzmen to be openly homosexual. Lush Life has sparked an enthusiastic revival of interest in Strayhorn's work and is already acknowledged as a jazz classic.


Praise For Lush Life: A Biography of Billy Strayhorn…

“Lush Life is a book as beautiful and intelligent as its subject. David Hajdu has brought all my dear memories of Billy Strayhorn to life.” —Lena Horne

“A portrait that is both full and convincing . . . It is a mark of excellence of this biography that it leaves one wanting nothing so much as to listen to the music.” —Jonathan Yardley, The Washington Post Book World

“Hajdu invests his biography of Strayhorn with the kind of sensitivity and clarity which is the mark of his subject's best work.” —The New Yorker