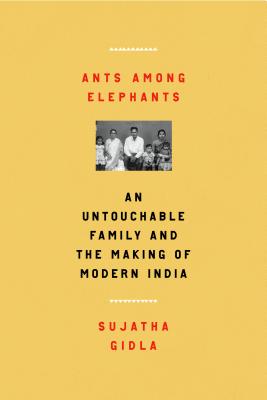 Sujatha Gidla was born an untouchable in Andhra Pradesh, India. She studied physics at the Regional Engineering College, Warangal. The author of Ants Among the Elephants, her writing has appeared in The Oxford India Anthology of Telugu Dalit Writing. She lives in New York and works as a conductor on the subway.
Loading...
or
Not Currently Available for Direct Purchase