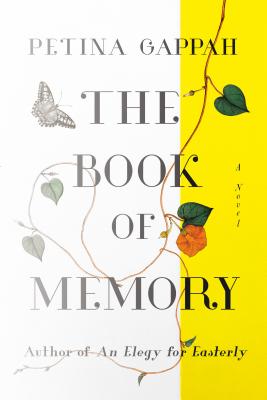 The Book of Memory

The story that you have asked me to tell you does not begin with the pitiful ugliness of Lloyd’s death. It begins on a long-ago day in August when the sun seared my blistered face and I was nine years old and my father and mother sold me to a strange man.

Memory, the narrator of Petina Gappah’s The Book of Memory, is an albino woman languishing in Chikurubi Maximum Security Prison in Harare, Zimbabwe, after being sentenced for murder. As part of her appeal, her lawyer insists that she write down what happened as she remembers it. The death penalty is a mandatory sentence for murder, and Memory is, both literally and metaphorically, writing for her life. As her story unfolds, Memory reveals that she has been tried and convicted for the murder of Lloyd Hendricks, her adopted father. But who was Lloyd Hendricks? Why does Memory feel no remorse for his death? And did everything happen exactly as she remembers?

Moving between the townships of the poor and the suburbs of the rich, and between past and present, the 2009 Guardian First Book Award–winning writer Petina Gappah weaves a compelling tale of love, obsession, the relentlessness of fate, and the treachery of memory.


Praise For The Book of Memory: A Novel…

“Petina Gappah powerfully probes the tricksy nature of memory [and] brilliantly exposes the gulf between rich and poor . . . The novel is startlingly vivid . . . This is a moving novel about memory that unfolds into one about forgiveness, and a passionate paean to the powers of language.” —ANITA SETHI, The Observer (London)

“For a novel saturated with death, The Book of Memory is most emphatically alive . . . [Petina Gappah’s] language dazzles . . . [Gappah is] a writer to take to the heart as well as the head.” —CATHERINE TAYLOR, Financial Times

“The Book of Memory flits back and forth in time and the plot twists and turns right to the end. It is no surprise that Petina Gappah is considered a rising literary star.” —ALINE REED, Sunday Express

“This is a powerful story of innocent lives destroyed by family secrets and sexual jealousy, prejudice and unacknowledged kinship across the ‘artificial divisions this country has erected to keep people apart.’ From its burden of guilt flow reflections on fate, religious superstition and the fallibility of memory, with allusions ranging from Thomas Hardy— including a fatefully unread letter—to the Greek furies. At its best, individual lives mesh with the country’s distorted fate.”—MAYA JAGGI, The Guardian

“Gappah crafts ample suspense . . . the narrative works as a cautionary tale of how superstition and prejudice can shape one’s destiny. The result is a beguiling mystery.” —Publishers Weekly

“Gappah’s vivid first novel . . . is an exploration into the unpredictable grip of memory and perception. . . . Gappah offers a nuanced, engaging journey as Memory rights the balance between truth and long-held assumptions.” —Booklist

“Gappah is a gifted, sensual writer who uses everything from county and western music to “the high whine of a million mosquitoes”, to the taste of a stolen mango to draw the reader into her world.” - The Irish Times

PETINA GAPPAH’s An Elegy for Easterly (2009) was short-listed for the Frank O’Connor International Short Story Award and the Los Angeles Times Art Seidenbaum Award for First Fiction, and won the 2009 Guardian First Book Award. She is currently an international trade lawyer in Geneva, and she lives in Zimbabwe.